The Burlington County Sheriff's Department formed the Emergency Response Team in 2007 to prepare officers to more safely and effectively counter an ever increasing culture of critical incidents due to a rising propensity for violence in our communities throughout the country. In the beginning the team was comprised of a few volunteer officers, and has developed into a well organized, motivated, and multifaceted tactical team prepared to respond at any time.

BCSERT trains and operates as a single unit, but also trains with local, state, and federal emergency response teams, along with instructors from various military and private organizations. BCSERT conducts its own operations and assists law enforcement agencies with critical incidents and warrant service. BCSERT has assisted with the training of law enforcement agencies and can train agencies as requested.

BCSERT also conducts presentations at schools to faculty, staff, and students, as well as Burlington County Sheriff's Department community events to reach out to our citizens. Team members train throughout the year as a Unit to maintain readiness, and to meet national standards in tactics, weapons training, and physical conditioning. Semi-annually members undergo rigorous physical conditioning tests to remain active on the team. In addition, semiannually firearms qualifications are conducted with all the weapon systems utilized by the team. BCSERT continues to train in the latest tactics and training methods and embraces emerging technologies with the philosophy that learning is a lifelong process. 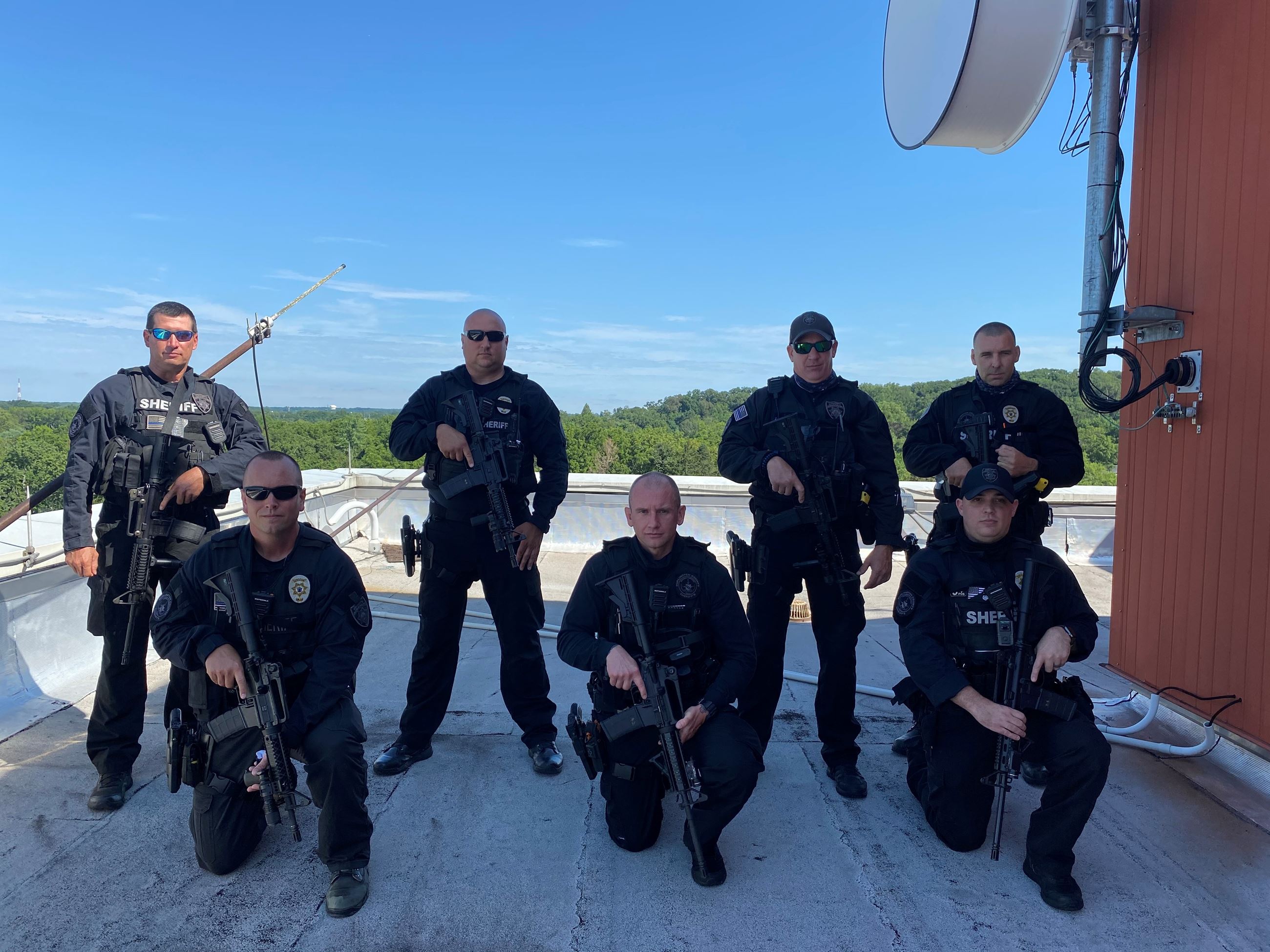 Pictured above is the Sheriff’s S.E.R.T. Unit.