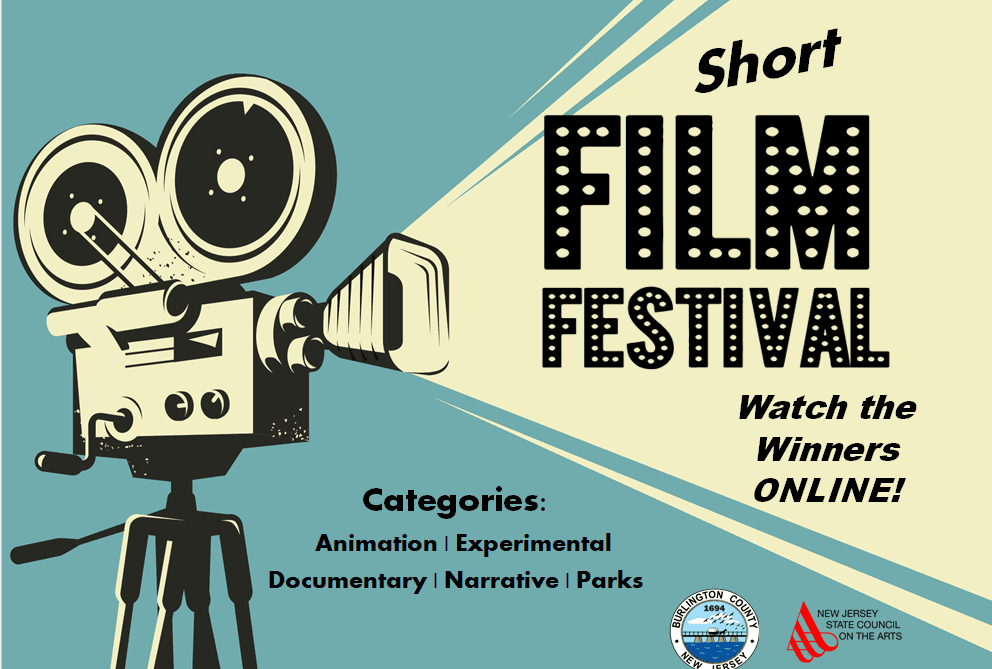 Of the 27 films screened during the festival, eleven films were selected as this year’s award winners by a jury of three professional filmmakers and educators.

The Burlington County Parks Division organized the festival with support from the New Jersey State Council on the Arts.  It is one of several special events held by the County to help entertain, educate and cultivate the arts.

Jeff Stewart is a true child of the 80’s, raised just as much by television and movies as he was by his parents. Given his first camera when he was two years old, Jeff has not been seen without one since. His love of photography and what some may say as a gift of storytelling propelled him to attend New York University and Temple University to pursue degrees in filmmaking and creative writing. In his travels Jeff has been a published writer, award winning filmmaker, internationally renowned photographer, radio show host and Instagram influencer. Some of Jeff’s collaborations include Amazon, BET, Ebony Magazine, Drafthouse Films, Pepsi, The Associated Press, Coca-Cola, Netflix and YouTube.

Mina Khavandi is a PhD candidate in the French and Cinema Studies Department at Rutgers University. Her research focuses on exploring the notion of presenting femininity as a conscious agency in film and will draw an analogy between the representations of the female artist in cinema and the challenges and evolutions that cinema faces in its history. Her research interests include French Cinema Studies, Women & Gender Studies, and the concept of self-narration across literature and cinema.

Tony Goggles – Tony runs a production house in Trenton called DIWhyFilms where he makes movies, commercials, music videos and shorts.  His films can be seen at New Jersey’s Horror Con as well as all over the web.  He is the curator of a 24-hour film festival that is part of Trenton’s Art All Night.

Outstanding Narrative: All In You  by Javier Cortez, of Robbinsville, NJ

Best Documentary: We Are Suns by Sam Spencer of Brooklyn, NY

Outstanding Parks Film: The Rancocas Creek, What I Love Part I by Heidi Winzinger of Mount Holly, NJ

Judge's Choice: Better Half by Claire Delany, of Wenonah, NJ