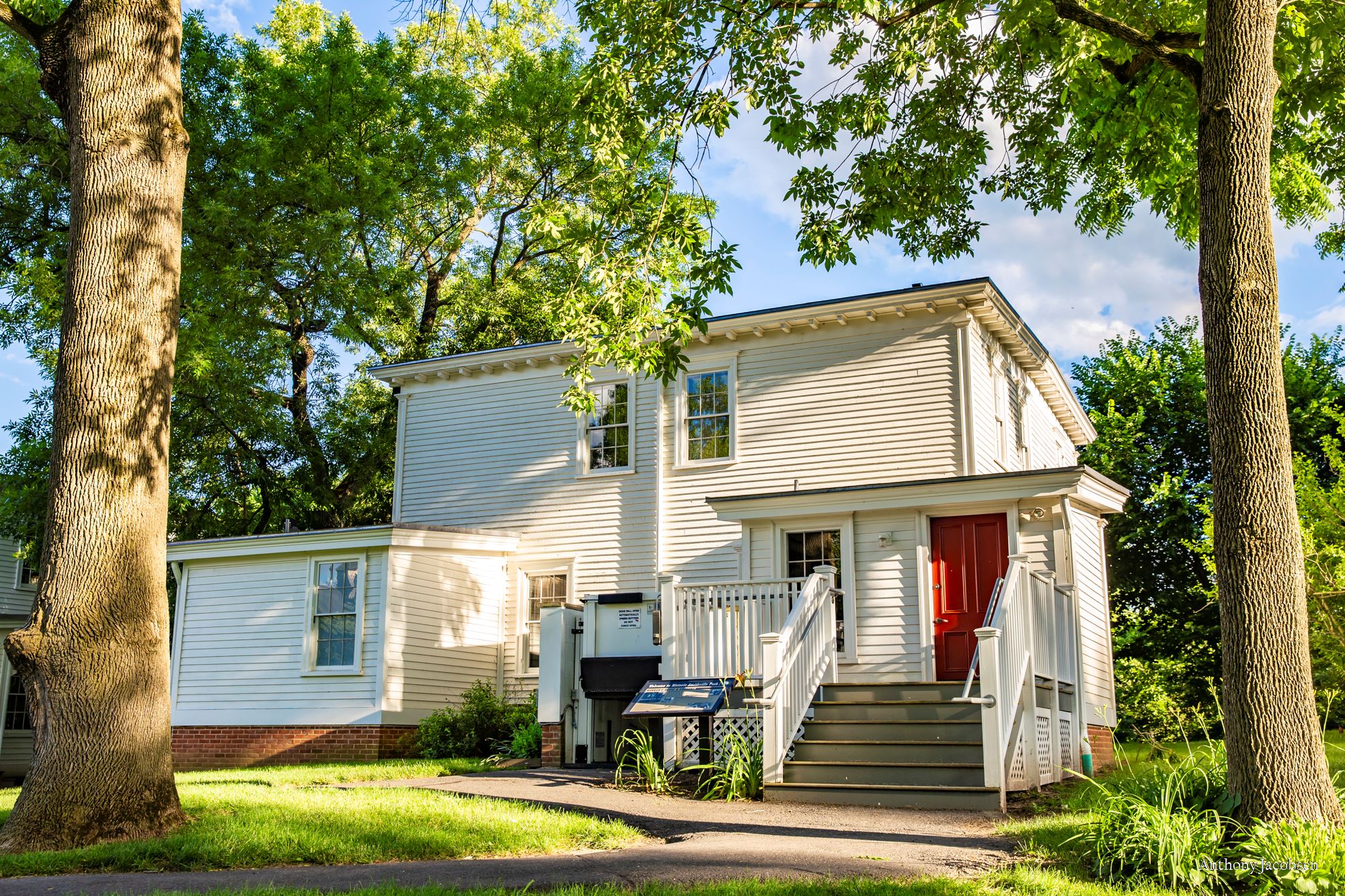 Welcome to the Workers House Gallery. Built between 1865 and 1870, this duplex, nestled in The Smithville Village, housed H.B. Smith’s workers along with their families during the factory’s operation. It has been restored and is the perfect space to display hand-crafted art and textiles. You'll often see beautiful works of art such as quilts, pottery, or stained glass. In addition to art exhibits, workshops and art programs are held at the Workers House. 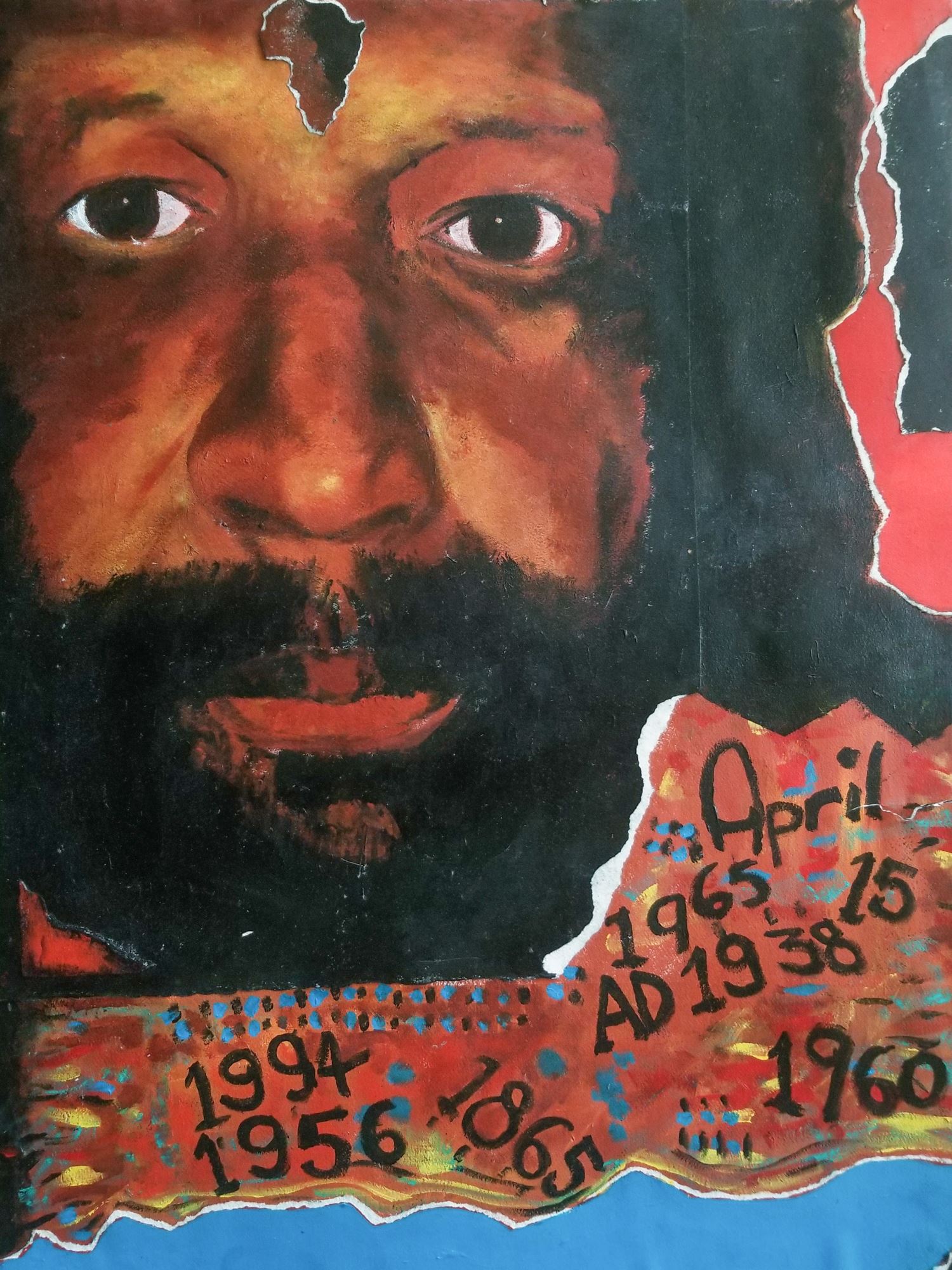 Joe L. Speight was a distinguished scientist, educator, and artist. He held many different degrees ranging from Chemistry and Archaeology to Printmaking.   He has exhibited widely in NY, NJ, PA, and Seoul, Korea.  Joe has also won numerous awards, prizes, and special recognition for artistic achievement in the field of lithography.

In this memorial exhibit, the artist employs visual philosophies and graphic methodologies from a vast collection of lithography, photography, woodcut, screen printing, and drawing. In doing so, a balance is expressed between social commentary and Afroaesthetics to explore images of the black experience and representation. 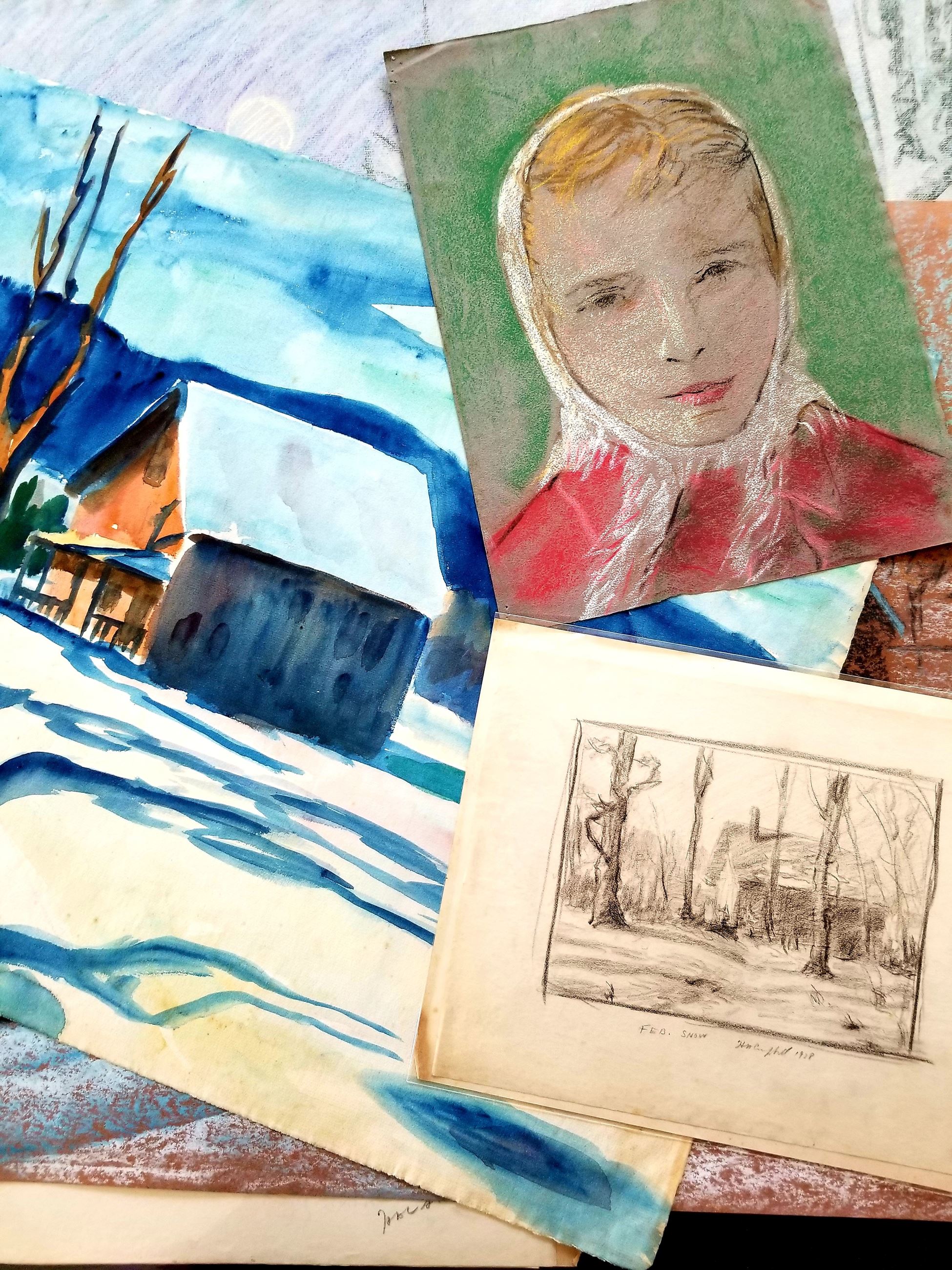 Hugh Campbell: From the Vault II

Hugh Campbell was an artist, published author, and philosopher who lived an extremely minimalistic life right here in Mt. Holly. Much of his collection has been stored away, deep within Burlington County’s archives.  This exhibit will grant you a unique opportunity to view rarely and never seen before art. The exhibit will feature paintings, sketches, pastel and chalk drawings, as well as early drawings of when Hugh began to learn to practice his art. 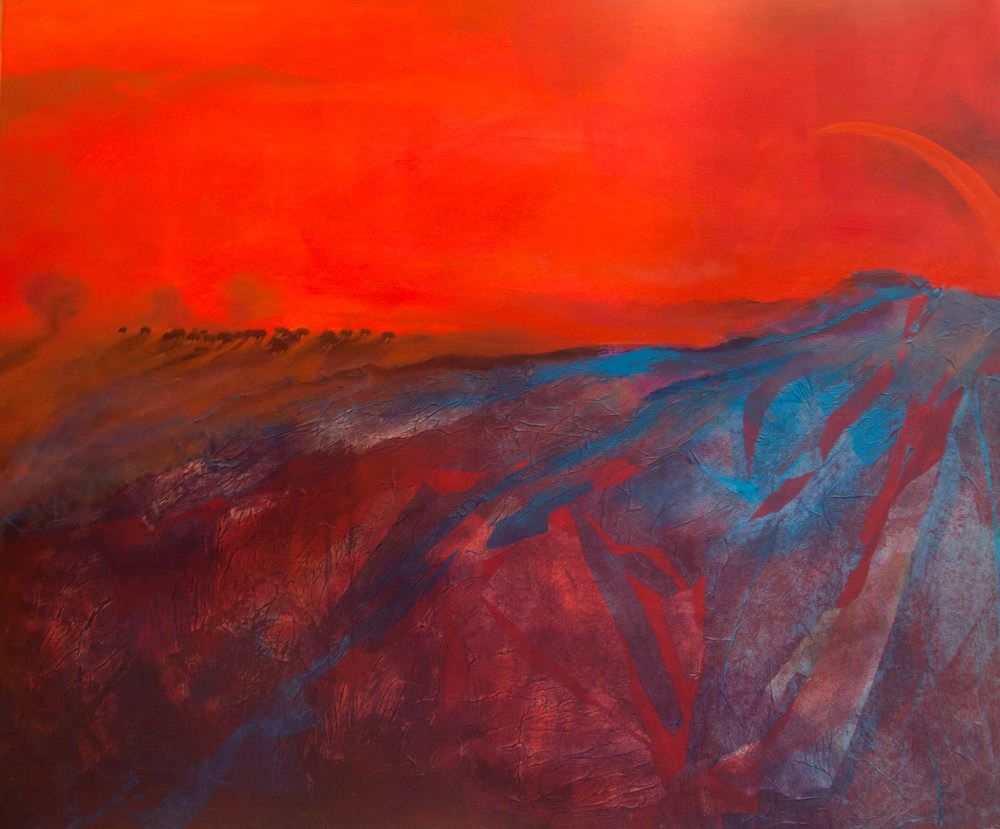 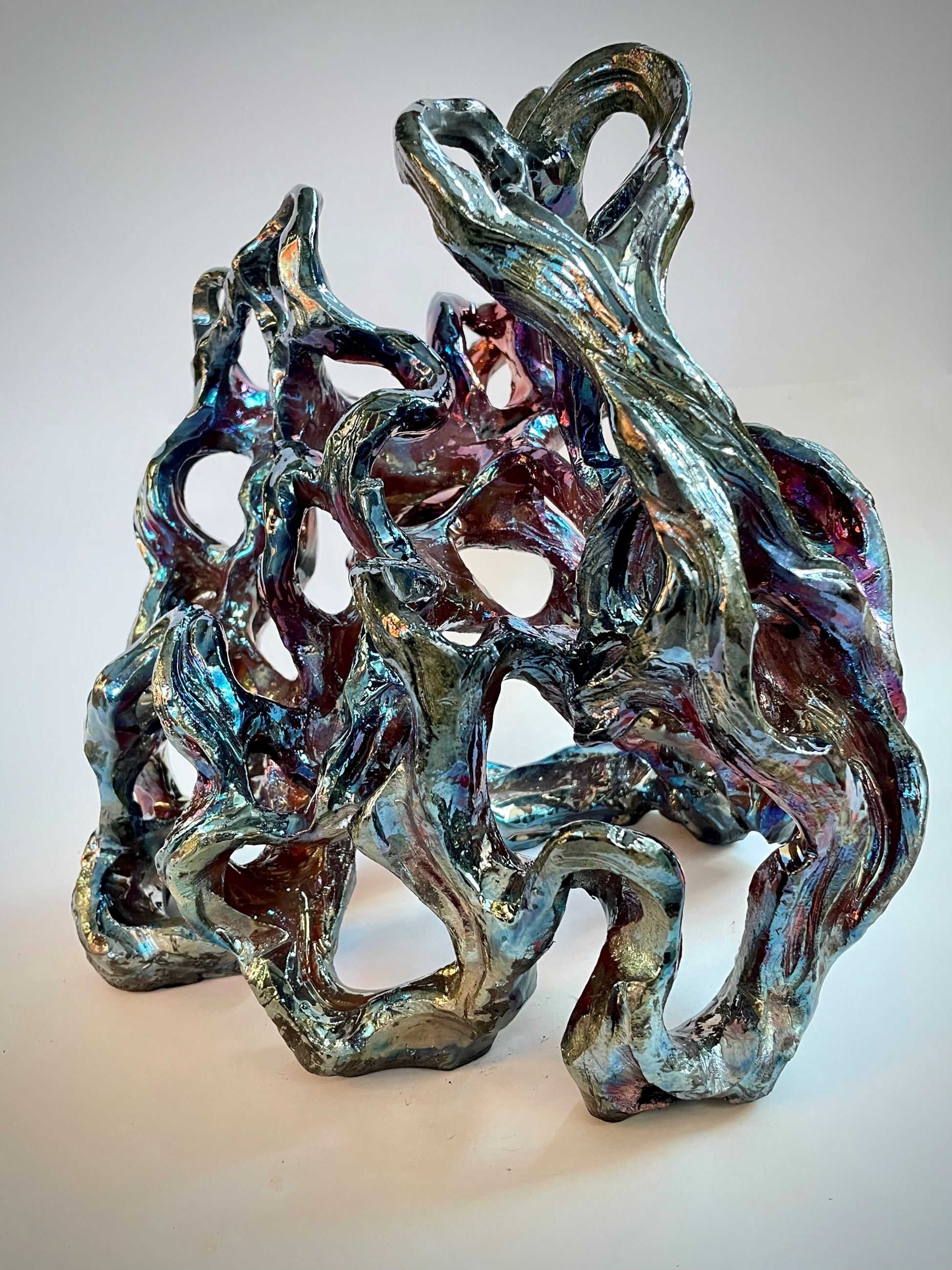 Miho and Kiya are inspired by their love of nature and by the artistic conversations that happen between the mother-daughter duo. They have very different artistic practices, but their wonder for the earth and their joy in creating bind them together. For this exhibit they come together in conversation with each other’s work, taking inspiration from the colors and intuitive process of making. 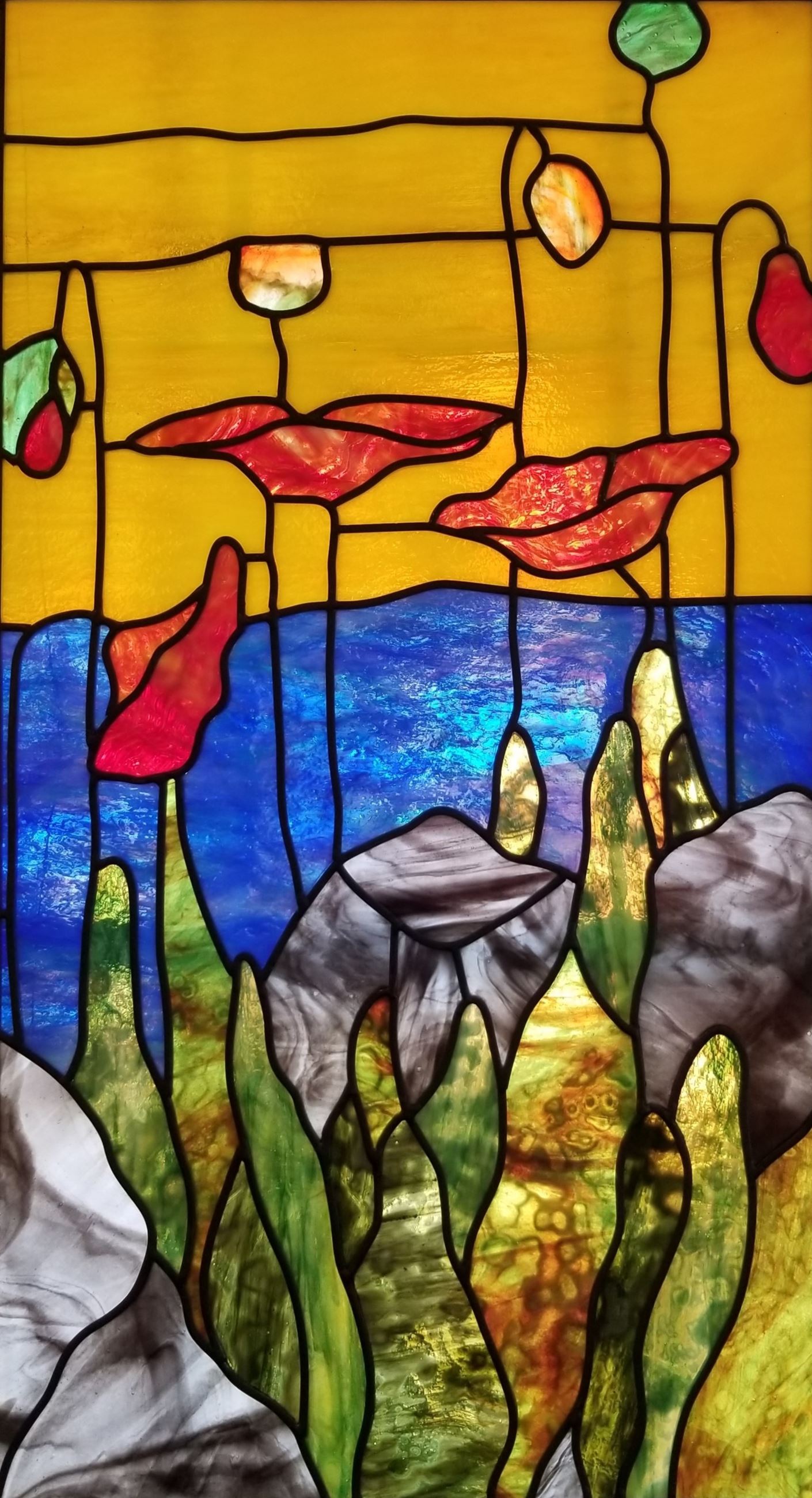 The Language of Glass: Storytelling Through Color, Light, and Texture

Humans have used colored glass for over a thousand years to communicate thoughts and information. Artists often use its unique qualities to convey ideas and feelings inspired by Earth’s natural beauty. Though inorganic, glass can impart the same level of awe and wonder as nature in its purest form. Born of fire and fragile to the touch, glass is a bewildering material that we use to shed light on the world.

Macie Art Glass is proud to present its most recent gallery display, comprised of new works by their studio artists and submissions from their amazing customers. They fearlessly create with this mystifying material. 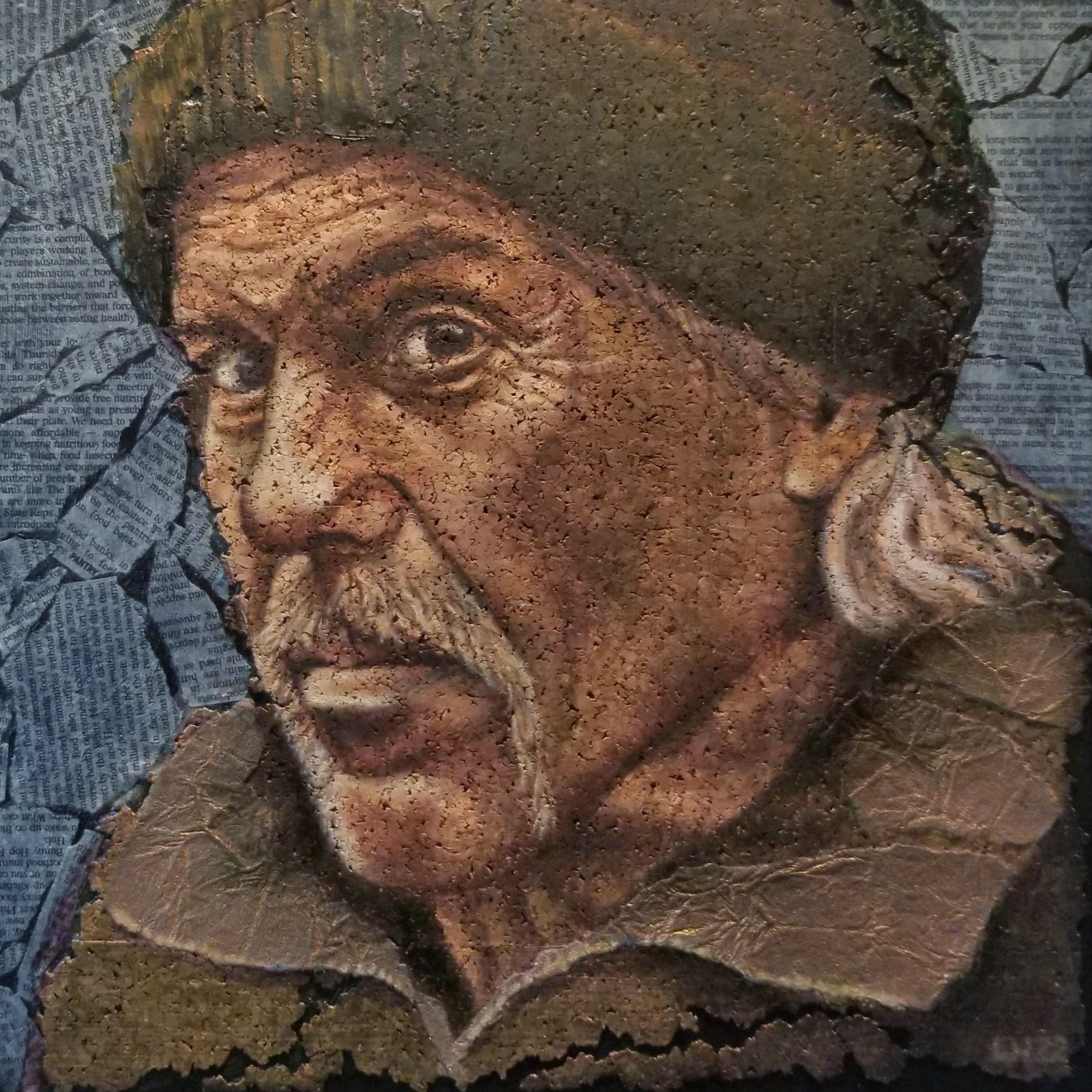 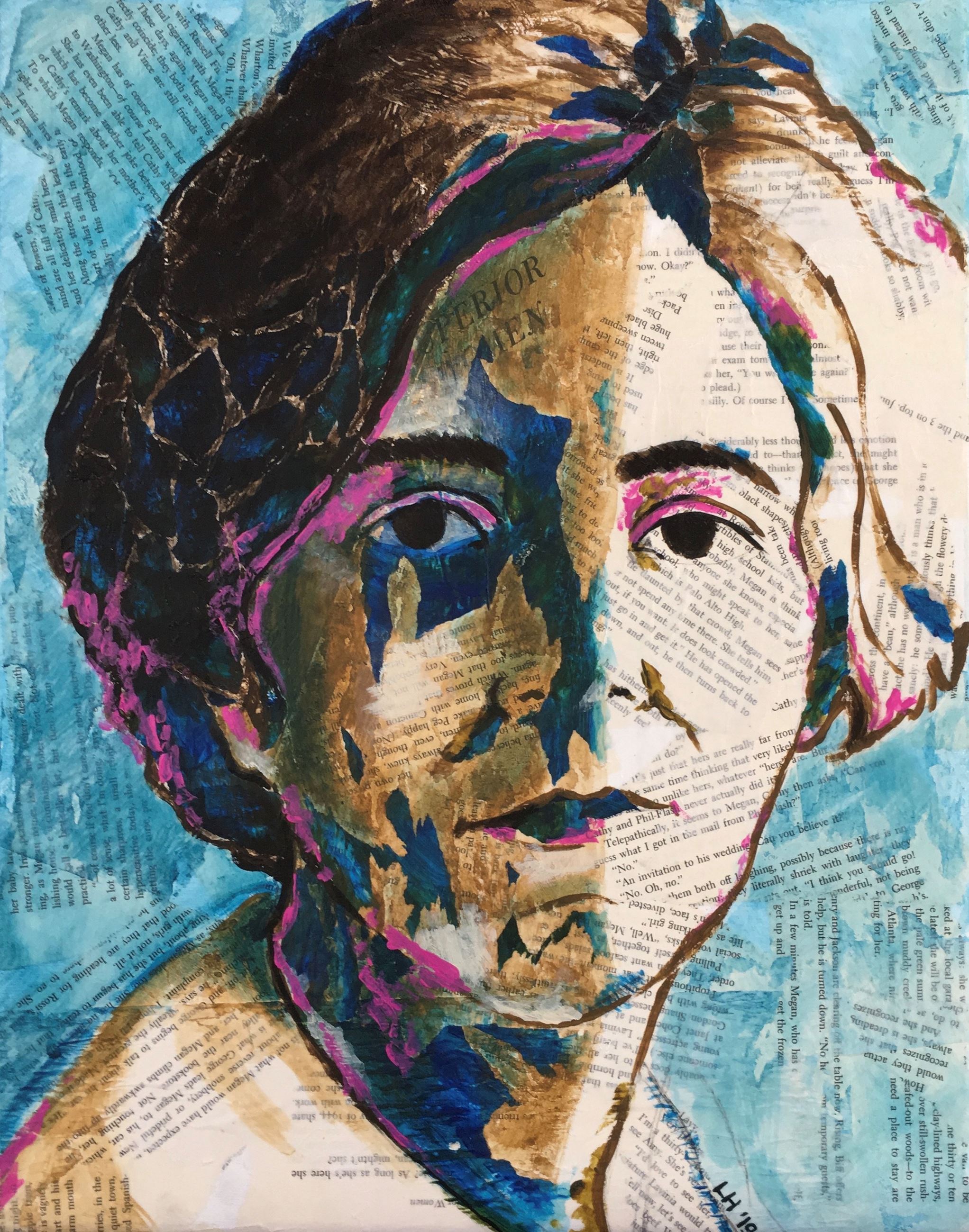 Experimenting with oil paint and mixed media, figurative artist Lisa Hendrickson visually tells the stories of people and places she has experienced. Closely cropped compositions and strong lighting are featured in her intimate, almost invasive portraits. Hendrickson was born in suburban Chicago and moved to the east coast to pursue a career in fashion design. After retiring, she began her journey as an artist taking classes at the Philadelphia Academy of Fine Arts. 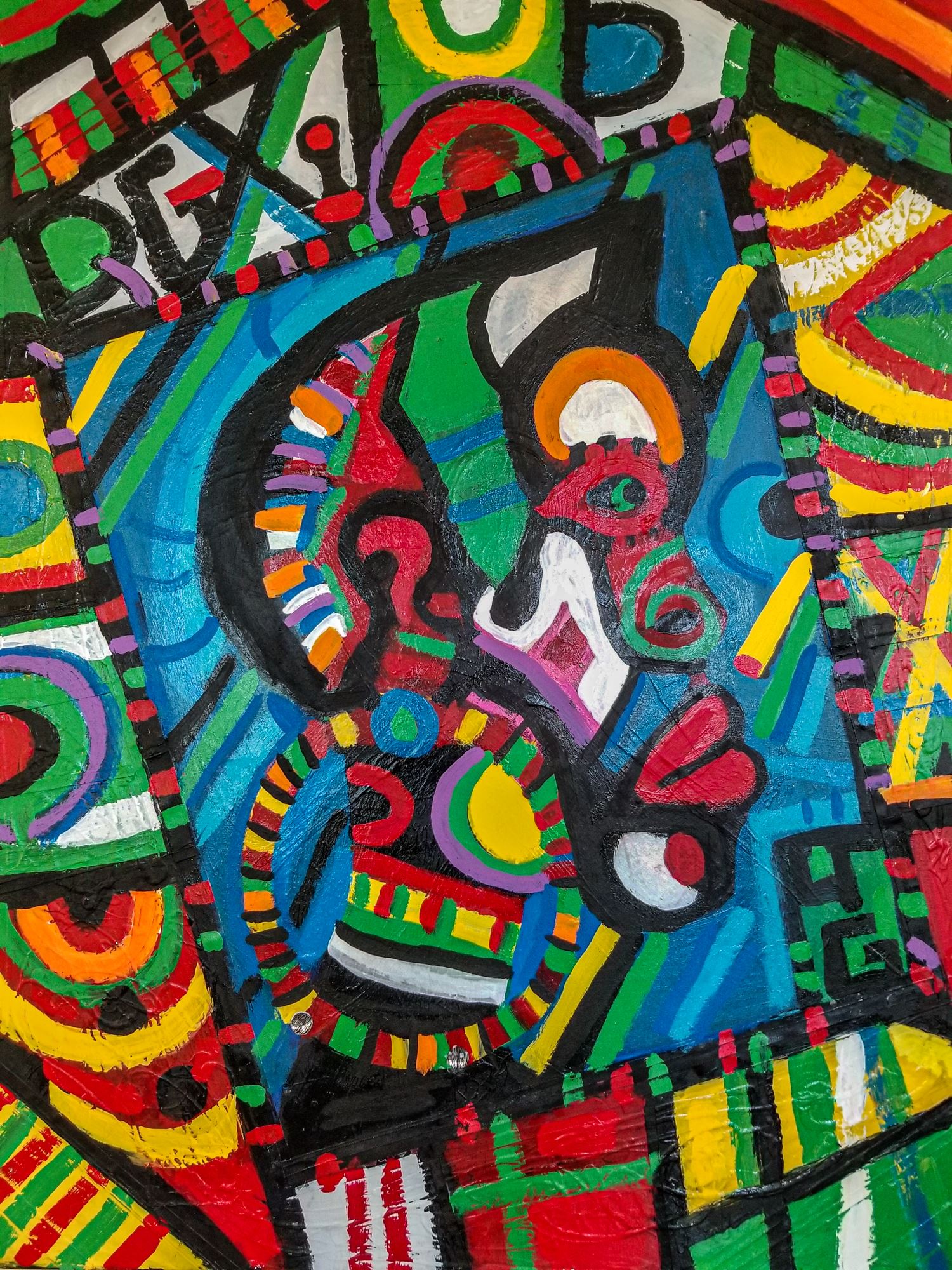 Quinton l Greene has been a self-taught Artist since 1999. He is a disabled Veteran who uses art as a type of healing therapy to deal with PTSD. Creating and designing on canvas is imperative to him because, in doing so, a balance is maintained that helps him to build a life of hope and inner peace. It is truly a mind, body, and spirit of enlightenment that holds him on the path of mental freedom from negative past experiences. This exhibit will feature many bright acrylic paintings and mixed media construct collages. 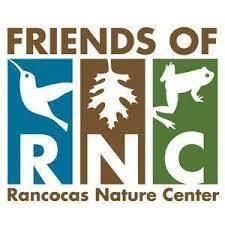 Photographs from the Rancocas Nature Center Outdoor Photography Club focusing on the natural elements “alive” in our preserved open spaces, and natural history artifacts from the Nature Center's permanent collection.

Isaac Newton established that refraction causes white light to separate into its constituent wavelengths. This created a new understanding that white light is a mixture of colored light. Newton also contributed that the separation of colors is known as dispersion. In art, colors and their combinations, are used to mimic nature and express a thought or emotion. Art glass strives to achieve the combination of science and nature, perfectly blended to translate what we can envision in our minds, then replicate it for everyone to see and feel. Presenting examples of stained glass windows made in the copper foil and lead came method, along with mosaic and kiln form, this exhibit demonstrates the fine balance of light that can be achieved in the world of glass art. Direct, indirect, refracted, and reflected, this exhibit showcases how light is bent in spirit and is able to penetrate the soul and leave an indelible mark. 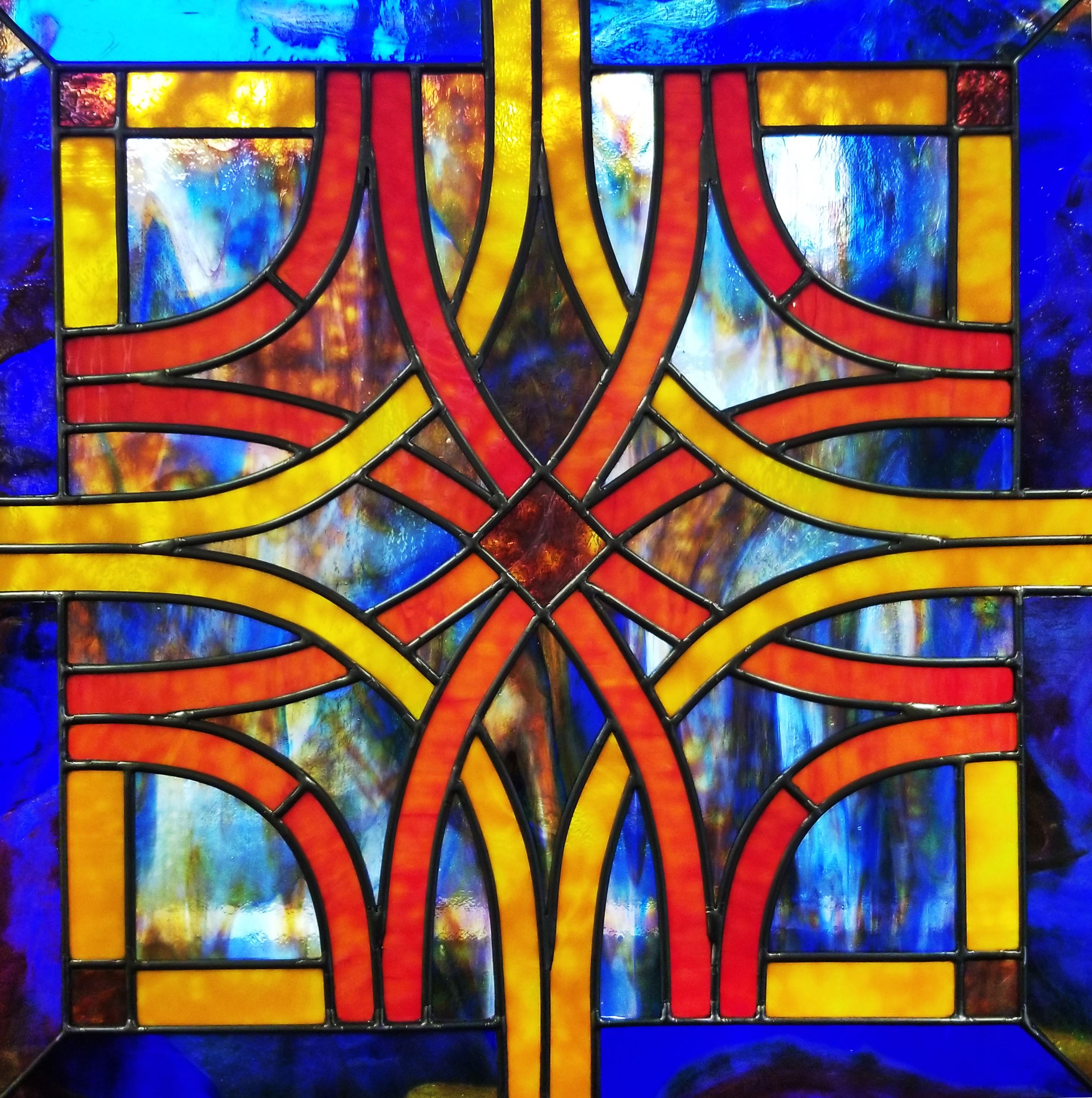 July 11- August 29: The Annual Burlington County Senior Art Show features many fantastic works of the County's seniors ages 60 and older.  In this exhibit, you will see a collection of original works of painting, drawing and photography. Visit Historic Smithville Park to enjoy the talent of local senior artists, showcasing their work in the Worker’s House Gallery. 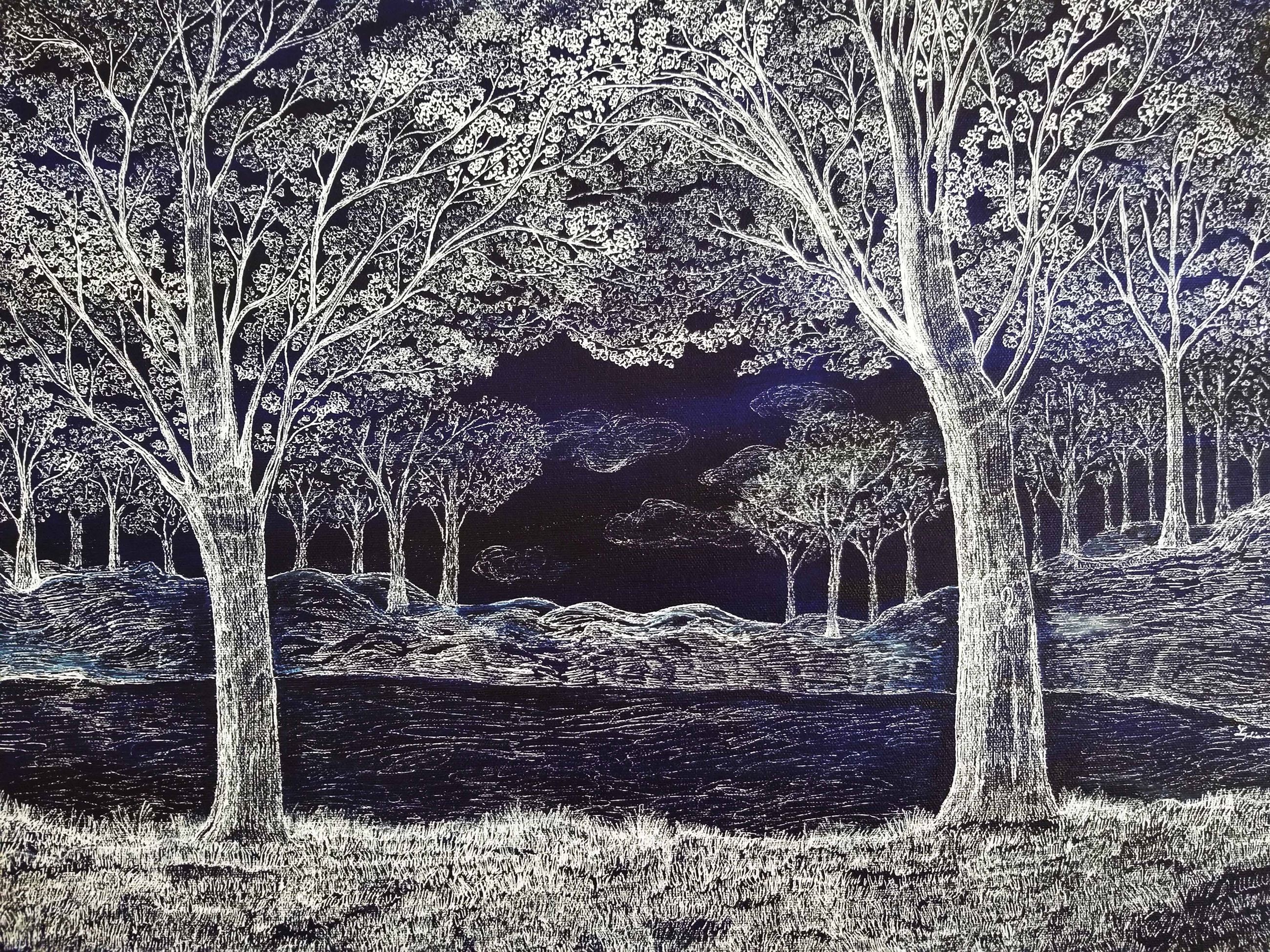 “A Breath of Fresh Air” will feature landscapes and plein air works in a variety of mediums.  Many of these unique paintings were created on location right here in Smithville Park. The Willingboro Art Alliance, a community art club which hosted this opportunity at the beginning of May, offers activities that are open to artists of all abilities from beginner through professional. The Willingboro Art Alliance will also be hosting an Open Exhibition this summer in the Smithville Annex Gallery. For more information about the WAA, visit the club’s website at willingboroart.org.

This Exhibit will showcase paintings, drawings and "other work" reflective of the point of view of Bernard Collins.  The work presented reflects his love of painting and drawing. Bernard’s desire is to express his point of view in a nondestructive, productive and long lasting way for the future, present and past.

Bernard is a fine artist seeking to be a fine person, and a muralist, portrait painter, illustrator, poet/vocalist, father, husband, and Christian. He studied painting at Temple University Tyler School of Art where he graduated with a BFA. He then progressed to UPenn where he furthered his painting studies acquiring his MFA. He currently teaches drawing and painting courses to adults for Fleisher Art Memorial.

Visit the gallery or view the artwork online! 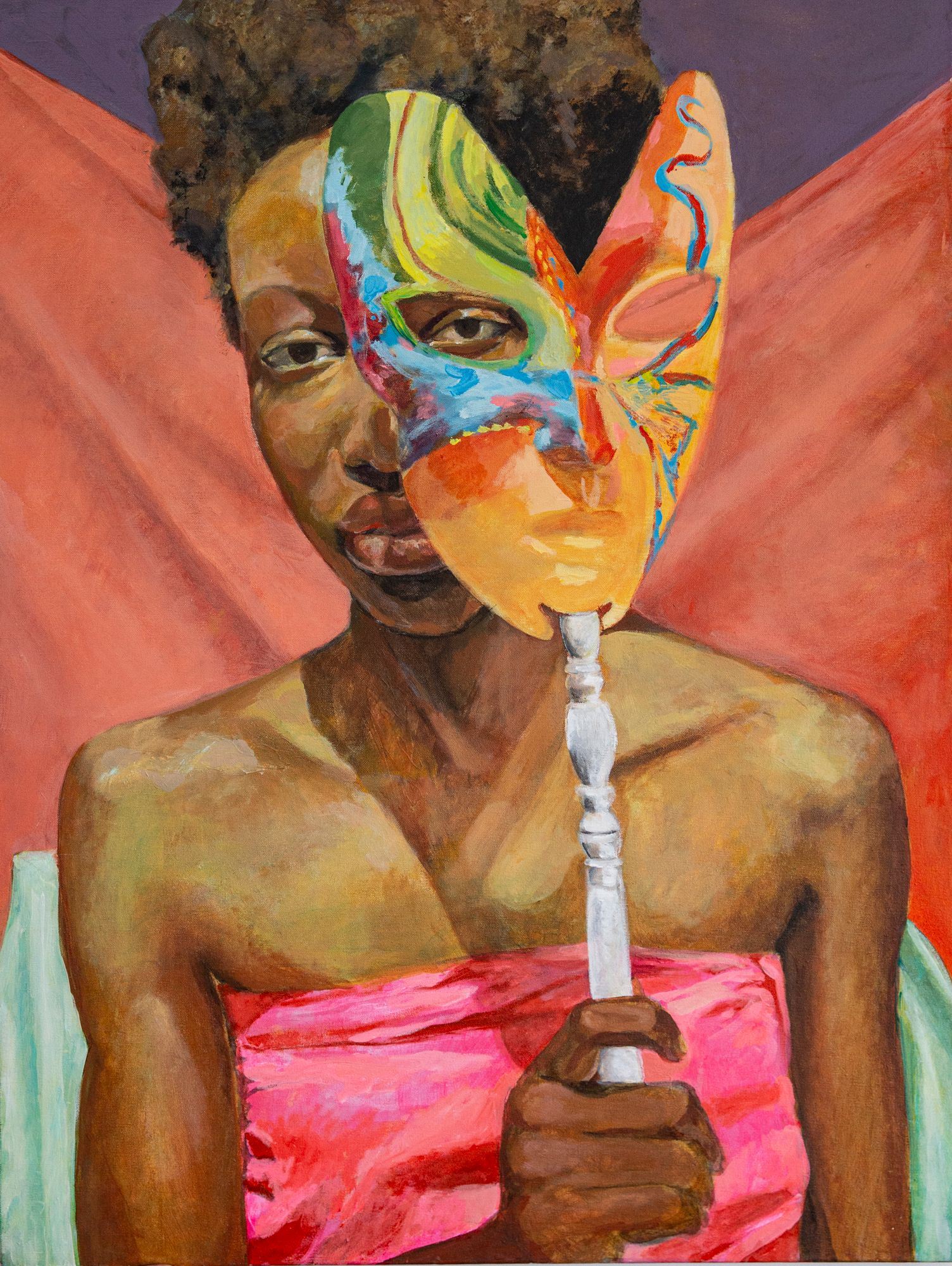 January 10 - February 28: QUILTING COLLECTIVE EXHIBIT
Stay warm inside this winter with an artistic display of our talented local fabric artists. In this exhibit, view the many different varieties of quilted art and stitching, exploring both vintage and modern, as well as traditional and experimental. The artists showcased come from a variety of different skill sets, and backgrounds, and will include many award-winning pieces.  Visit the gallery beginning January 10 on Wednesdays, from 10 AM - 4 PM and on Sundays from Noon - 4 PM.
See the artwork online!

BIRDS OF NJ PHOTO SHOW - Experience the beauty of Burlington County birds in a photo exhibit at the Workers House Museum and Gallery. Through the fall, we will be hosting a display featuring photographs from the Rancocas Nature Center Outdoor Photography Club. You will be surprised to see the colorful diversity of avian species that are residents of our local area or that migrate through seasonally. 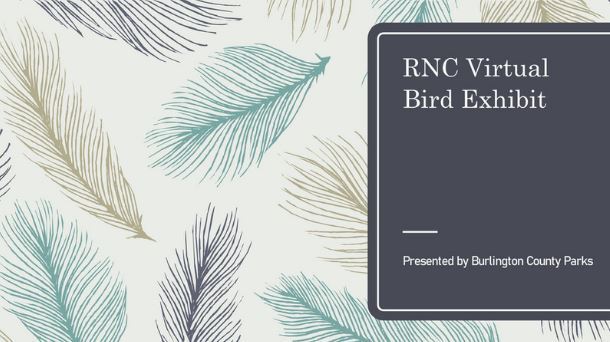 HUGH CAMPBELL: FROM THE VAULT

Hugh Campbell was an artist, published author and philosopher who lived an extremely minimalistic life right here in Mt. Holly. Much of his collection has been stored away and this exhibit will allow you to see rarely and never seen before art deep within Burlington County’s archives. View the paintings, sketches, pastel and chalk drawings, as well as early drawings of when Hugh began to learn to practice art.

Come see an array of talented artist creations. Some of the works on display will include blankets, hats, scarves, lap robes, afghans, prayer shawls, chemo caps, and assorted holiday favors for children. It’s an opportunity to highlight this craft and to help it flourish into the future by sharing skills across generations.

The guild was founded in 1995 in Willingboro, New Jersey, the guild was created to share information, skills and patterns with all who were interested. In addition, it would provide a chance for relaxing with social interaction and was a good way to keep physically active both mind and body. Thousands of items, over the years, have been donated to people in need through various local/national organizations, charities and hospitals.

The Workers House Gallery features a wide array of exhibits that go beyond traditional arts. Many shows have included useful or functional art, such as quilting, tilework/mosaic, glass, needlework, jewelry, sculpture and pottery and even historical collections of artful/practical everyday tools.   Organizations and individuals are encouraged to apply for exhibit space/art shows. 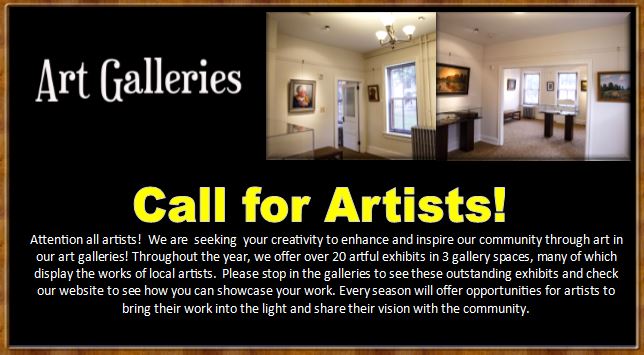 Interested artists should visit the Call For Artists Page for more information.

About The Gallery - History and Today

The first house on this location was built between 1831 and 1840 as a part of the “upper village” of Shreveville along with 17 other multiple residence homes in three rows on two parallel streets. There were six structures on each of the three rows in this part of the village.

The heydays of Shreveville were from 1832 until around 1848. Jonathan and Samuel Shreve operated a cotton spinning and weaving factory, a spool cotton manufactory, a calico print works along with a machine shop, a small sawmill, and a gristmill. There was no rail service to Shreveville – the Pennsylvania RR station and line was not completed until 1852. During the period from 1848 to 1865, life in the village pretty much “dried up,” after the factory closed. We know very little about what went on there, although it is likely that some of the residents continued to live there.

H. B. Smith purchased the property in 1865 and within a year or so of the purchase, began to modify the village to conform to his industry, which was the manufacture of iron woodworking machinery and later, the Star high-wheeled bicycle, and to his and his wife, Agnes’, personal tastes and objective of creating a model industrial village. The workers’ housing which Smith prided was both attractive and comfortable and surrounded by gardens and flowers.

The Worker’s House & Gallery was restored in 2010. Several differences can be noted between the original construction and the final restoration. An interior opening between the two units was added along with indoor plumbing. The furniture selected to interpret life in this typical worker’s house is basically reflective of life dating from the year it was constructed (middle to late 1860s) by H.B. Smith.